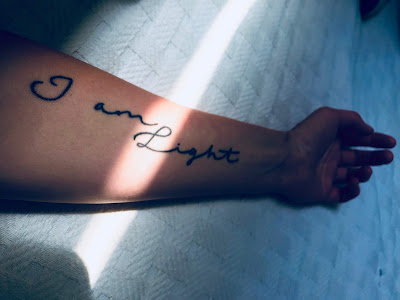 I began feeling suicidal for the first time when I was a teenager, after the sexual abuse ended. I'd become quite irritable and had angry outbursts on a regular basis. After a particularly violent incident where I threw a table lamp at my mother, I was taken to see a doctor from the church.

I remember feeling very uncomfortable and nervous sitting in his office, though I'd insisted on going alone. He looked at me over his glasses, "Has anything happened that's made you feel stressed or bothered?"

"Nothing at all?" He asked.

At this point, I'd already come out about the abuse. The church leaders knew, the police knew, and the harrowing legal proceedings were under way. There were definitely rumors flying around, but I wasn't speaking openly about the abuse with anyone but the investigating police officer on the case. The thought of disclosing what had happened to this man I barely knew, who'd never even been my personal doctor, was out of the question.

Approximately two weeks later, I started hearing voices in my head for the first time. They'd tell me to go to my room and turn the lights off, and then, without fail, they'd tell me to kill myself. They'd chant at me all the reasons I didn't deserve to be alive, and they were very alluring. I thought I was either going crazy or demon possessed, but I kept taking the pills. A few days after I heard the voices for the first time, I attempted suicide. My mom found me before I could carry it out and she promptly called the doctor to tell him I was trying to kill myself.

He told her a "dip into depression" after about two weeks on the meds was "totally normal" and would soon pass. He requested that I stay on the meds for a while longer to let my system adjust. I remember her saying he'd told her not to worry, everything would be fine once I'd gotten used to them.

I stayed on the meds and the voices stayed with me, and worsened. I started having horrific panic attacks when I'd hear the voices in my head telling me to end my life. I felt more hopeless and out of control than ever, but kept taking the pills, hoping they'd eventually start working.

A couple of months (and several phone calls with the doctor) later, I ended up in a safe room at our local hospital, where I stayed for two days on suicide watch after having a psychotic break and experiencing violent hallucinations and multi-personality behaviors. I'll never forget sitting on my bed that night before I went to the ER. I looked in the mirror at myself and plainly saw a demonic creature with a black hole for a face staring back at me. I still can't look in mirrors at night. My brother received a series of text messages from me a few minutes later, written as though they were from someone else. They said things like, "We have your sister" and "We're going to kill her now." He raced to find me and took me to the ER, effectively saving my life. My life partner, Wesley, was there with me that night, too, though at the time we weren't even dating yet. His presence was like a balm for me, and he walked beside me with more compassion and understanding than anyone else in my life came close to.

While I was in the safe room, a different doctor, also from the church, came to see me. He was kind and empathetic, and he asked me to detail my experience for him. As I told him about my time on the medications, he seemed angered by what he was hearing and expressed frustration at the other doctor. His exact words were, "He could have killed you."

I was taken off both medications immediately, which was its own roller coaster ride, and sent home to recover. I wouldn't begin to find healing from any of my past trauma until several years later, when I'd start seeing a professional therapist for the first time.

I now understand that when I initially went to the doctor, I was likely dealing with symptoms of Complex-PTSD and should have been referred to professional counseling. Unfortunately, the doctor I saw probably had little to no understanding of how to care for a patient like myself, and thus severely compounded the situation by making what I view as a careless decision. I briefly considered suing him for malpractice, and if I'd had an ounce of energy left I probably would have. But I was dealing with enough already, so this re-traumatization would be filed away with the many others I experienced at the hands of the church.

I'm very thankful that I eventually found my way to a trained professional, though I had to navigate that course completely on my own and with no resources. The sense of isolation I felt during that time was often overwhelming for me. Even as I began to heal and slowly put the pieces of my life together, I remained frequently suicidal for many years. Even now, when I go through phases of depression I'm pulled to suicidal thoughts at a frightening pace. I know how important it is to stay on top of my mental health, and to communicate with my loved ones about how I'm doing, especially during difficult times.

Please know that you are not alone. Everyone struggles, and some of us struggle deeply. Your sorrow may be too big for you to hold by yourself, and in that case, share the burden.

I wouldn't be here with breath in my lungs today if it weren't for a few key people who were willing to sit with me in all that awful pain. I'm so glad they did.